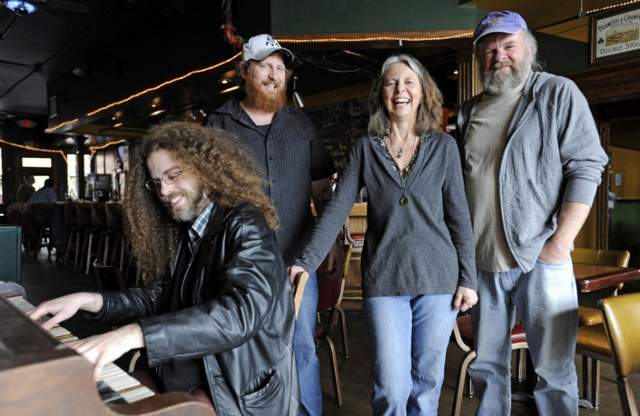 ASHEVILLE — It's no secret that West Asheville has become one of the city's entertainment hotspots, with plenty of places to eat, drink and enjoy live music.
The last year or so has seen several new venues join this booming community. They include the Get Down bar and music room; the just-opened Altamont Brewing Co. taproom and music spot; and the Anam Cara theater and arts location. Just across the French Broad River in the lively River Arts District, the Magnetic Field theater and café offers an assortment of performances.

Still to come is the rebirth of the old Isis Theatre, a historic old cinema that was once the home of the Pastabilities restaurant.

The Isis is under renovation and will looks to reopen later this year as a music hall and café, giving Haywood Road yet another major entertainment player.

But just nine years ago, this area was no place to be looking for entertainment. There was none.

Then Lu Young and Greg Turner opened the Westville Pub in April 2002. “There was such a void (of live entertainment) in West Asheville,” Young said.

The success of the Westville launched a transformation of once-sleepy Haywood Road. “Having more choices has brought more people” to Haywood Road, Young said.

West Asheville is a walking and biking community, and many of the people who live along Haywood Road “like to be close to home” when they go looking for a bite to eat or a show to see, she said. With its lineup of craft beer, tasty grub and live performances, the Westville has become an entertainment anchor of Haywood Road. 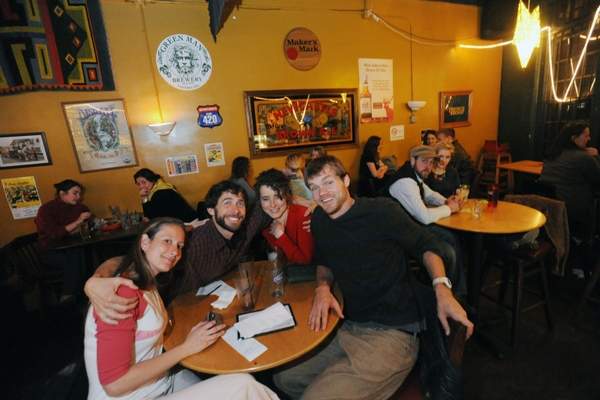 But Young welcomes the new players. “The more people you bring, the more opportunities there are for all of us as a community,” she said.
Here's a quick look at some of Haywood Road's newer players:

Altamont Brewing Co., 1042 Haywood Road, has opened as a taproom and music venue. Brewing will happen down the line, hopefully sometime this summer, said owners Ben Wiggins and Gordon Kear. In the meantime, stop over to grab a pint and hear some live shows. Follow them on Facebook.

The Get Down, 1045 Haywood Road, almost directly across the street from Altamont, has become a popular destination for a cold drink and some hot music. www.getdownasheville.com.

The Isis Theatre, 743 Haywood Road, is still under construction. When it does reopen, this historic venue will offer lots of live music, including Americana, singer-songwriters and bluegrass. Owner Scott Woody is also planning on a restaurant in the space. Keep an eye on this address; it promises to be a major player later this year.

Harvest Records, 415 Haywood Road, has been selling CDs and vinyl records in West Asheville since 2004. But a recent expansion has doubled the size of the place, and owners Mark Capon and Matt Schnable added a small stage for live performances. Watch their web site (www.harvest-records.com) for details on shows.

The Anam Cara Theatre Company, 203 Haywood Road, opened its performance space earlier this year in what had been a bingo hall, anchoring the “East West Asheville” side of Haywood Road. These folks do specialize in “socially progressive theater.” Watch their web site for details: http://anamcaratheatre.blogspot.com

Just over the French Broad River from West Asheville, the River Arts District has its own scene going with such locations as The Grey Eagle Music Hall, Wedge Brewing Co., and the new Magnetic Field theater and café at 372 Depot St., specializing in original work — theater, music and more. Visit the Magnetic Field website (www.themagneticfield.com) for a schedule of performances.